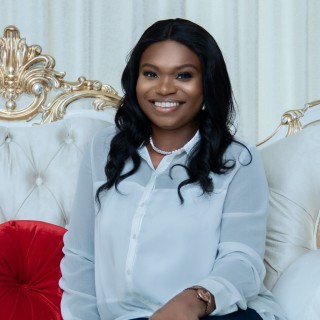 Dr. Annick Nago-Adjei is a petroleum engineer by profession. She holds a PhD in Petroleum engineering from the Pennsylvania State University, and has been in academia and in the oil & gas industry for close to 10 years. Writing has always been a passion of hers and she has decided to put together this space to share her experience, her journey and her lessons learned about her faith in God and life in general. It is her desire to see this blog encourage many in their journey with God and be motivated and inspired to keep moving forward despite the challenges of life. Dr. Annick Nago-Adjei is originally from the Ivory Coast. She is married to Rev. Emmanuel Adjei, who is currently the lead pastor of Prayer Palace in Accra, Ghana and founder of EA Outreach Ministries, which has impacted more than 28 nations with the JERICHO annual conferences. They are parents to two wonderful daughters.

Search for a topic here

I believe that a christian who cannot be radical when the season calls for it,  could see the enemy kill his vision in the womb.

Most people are familiar with the story of  Tamar in the bible, and most times, this story can be quoted in a way that will leave a negative impression of Tamar. Tamar’s story is narrated in the book of Genesis 38, and it seems to come in as a digression from the story of Joseph, which is narrated in Genesis 37 and Genesis 39.

The bible tells us that Judah married a woman named Shua, who gave him three sons: Er, Onan and Shelah.  When the first born was of age to marry, Judah chose Tamar as wife for him. This is where the story seems to take a darker note. Er died because of his wickedness in the sight of the Lord. As tradition dictated, Onan then married Tamar so he could have children on behalf of his brother. Yet again, Onan also died because of his own wickedness in the eyes of God. However, anybody going through such circumstances could deduct that Tamar was the cause of the two brother’s demise, which is what Judah subconsciously did.

The fact is that Tamar was not just ordinary.  She carried breakthrough (Perez) in her. In other words, the enemy seeing her future beforehand, came in between and tried to deprive her from her miracle. See,  Er died before Tamar could conceive. She was then given to Onan, who also refused to give her a child and died. Then Judah, having lost two sons, became reluctant in giving her as wife to his last born. Still, breakthrough (Perez) was in her loins and breakthrough wouldn’t give her rest and caused her to trick Judah so she could finally conceive. Behold when she did, the blessing was double as she brought forth Perez and Zerah. In Matthew 1, her name was not forgotten when Christ’s ancestry was given.

Listen, you may be going through tough times right now,  but it is simply a sign that the enemy has seen what you carry. That vision is what will give you strength to keep going. Therefore, don’t give up for your Breakthrough is on the way!